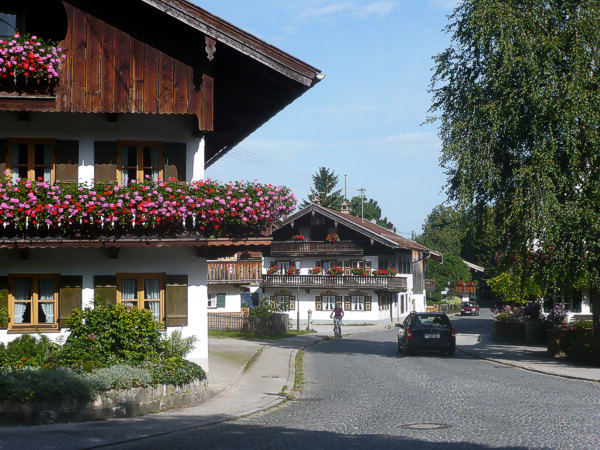 Benediktbeuern, one of the oldest Benediktiner monasteries in Bavaria. In 725 the former Benetiktinerabbey was launched and in 1669 the baroque monastery arised. In 1803 the moastery was dissolved in the course of the secularization, but in 1930 it was reanimated by the Salesianem Don Boscos and developped to a center for religious education, science and breeding.

The monastery Rottenbuch, not far from the Ammertal and the Wieskirche, was built from the duke Welf I. from Bavaria in about 1073. The primary romanic basilica was later extended with the gothic style and was decorated with the rokoko style in the 18th Century. In the course of the secularization the monastery was dissolved in 1803, but in 1963 it was took over by the Don-Bosco-sisters and managed till today.

Hohenschwangau Castle is a 19th-century palace in southern Germany. It was the childhood residence of King Ludwig II of Bavaria and was built by his father, King Maximilian II of Bavaria.
It is located in Hohenschwangau. About 2 million people annually start tours to the royal palaces from there.