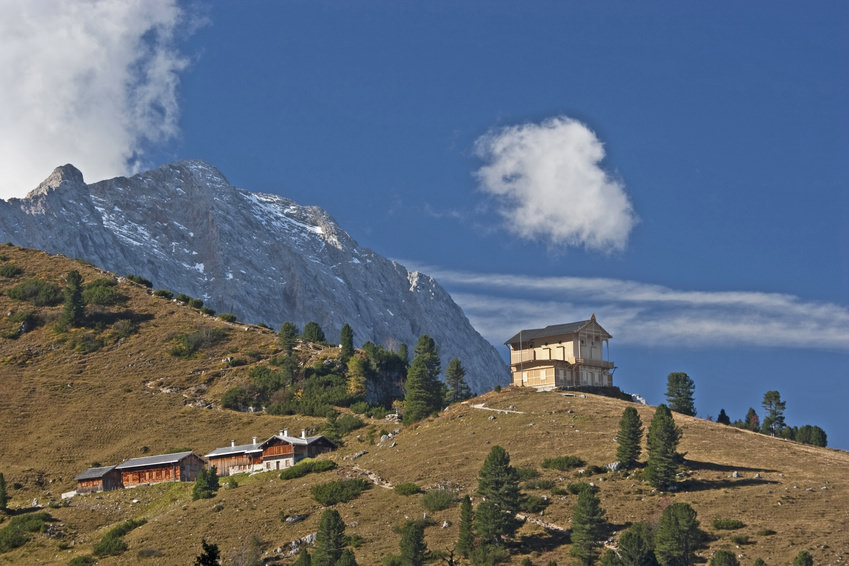 The Bavarian King Ludwig’s II royal palaces are known in every part of the world.

The royal house at the Schachen, near of Garmisch-Partenkirchen and exclusive reachable per feet in three and an half hours, is located in 1876 metres height an is at a time to inspect at 11 am, 1 pm, 2 pm and 3 pm. In contrast to the other constructions the exterior view keep up in the style of a Swiss house, but inside you feel transfered to the orient.